ARTCO barge operations on the Mississippi River at the Gateway Bridge

Transportation needs are easily met in the Greater Clinton Region. As the closest point in Iowa to Chicago, we offer access to domestic and global markets without the congestion and delays associated with a major metro. The ports in our region that offer direct access to the Mississippi River are proven to be the most efficient and have easy access by both rail and interstate. The Union Pacific northern mainline cuts directly through Clinton. We are surrounded by quality highways and interstates, particularly Interstate 80, which functions as the main artery connecting the region to the east and west coasts.

The Lincolnway Industrial Rail & Air Park is now home to two major businesses. One of which is a European based concrete railroad tie manufacturer RAIL.ONE.

“The German manufacturer of concrete rail ties is the first business to land in the Lincolnway Industrial Rail & Air Park, a 500-acre rail park with a direct connection to Union Pacific Railroad’s mainline that carries 45-60 trains per day and connects the Chicago hub to the east and west coast.”
As featured in the DeWitt Observer

Our region is located directly along the Mississippi River. Two river terminals with a nine-foot channel depth offer rail and highway access for products shipped by barge. 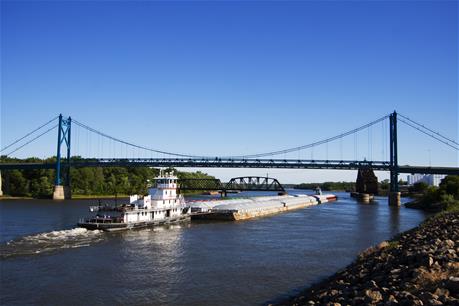 The Mississippi River carries an estimated 60% of U.S grain shipments, 22% of oil and gas shipments, and 20% of the nation’s coal. The Mississippi River provides quick access to global markets, including shipping materials to the Gulf of Mexico and to foreign ports with ease.  Terminals are served by Union Pacific, Canadian Pacific, and BNSF lines. Capabilities include bulk material handling. Facilities include dry bulk barge dock-ground and covered storage.

Connecting waterways include the Illinois Waterway, the Tennessee-Tombigbee Waterway, and the Gulf Intracoastal Waterway. 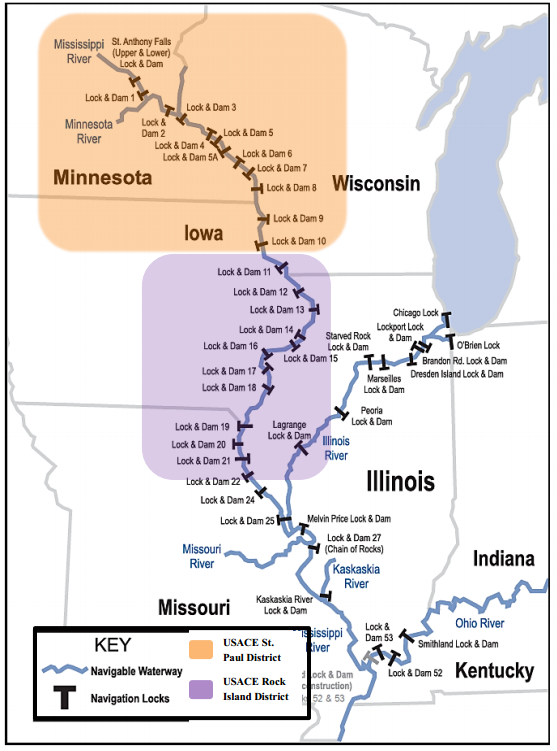 Our region is served by Union Pacific, BNSF, and the Canadian Pacific, connecting us to virtually all parts of the continental U.S.  There is easy, efficient access to interstate and barge transport throughout the area.

The Lincolnway Industrial Rail and Air Park is located just minutes west of the City of Clinton. The Union Pacific Railroad directly serves the site off the northern east-west mainline between Chicago and the west coast. Recently, RAIL.ONE, a German manufacturer of rail ties, located its first North American facility in the rail park.

New rail-served intermodal facilities are currently being planned or underway in Silvis, Rochelle and Joliet, Illinois, (within 100 miles of the region). These new terminals will reposition the region closer to the center of North American intermodal traffic that provides service to all North American markets and east and west coast ports. 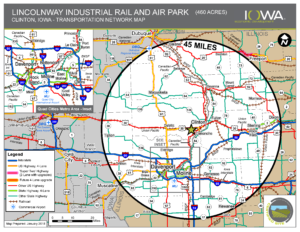 U.S. Highways 30 and 67 intersect and run directly through the City of Clinton at the center of the region. These highways and nearby U.S. 61 provide direct access for the region to I-80 and I-88, main arteries that cross the United States.

Numerous state highways offer good local access for both trucks and passenger vehicles. There are more than 30 trucking and support operations in the area. United Parcel Service has a terminal on I-80 in nearby Davenport, Iowa, processing 21,000 packages hourly, producing loads for 26 delivery centers and 24 hubs throughout the U.S. In addition, the U.S. Postal Service has a Regional Processing and Distribution Center in Moline, Illinois and Federal Express has a large hub in Moline.

When it comes to air service, we’re in a sweet spot! Several commercial and general aviation airports offer service to our region.

The Clinton Municipal Airport lays claim to the lowest fuel prices in the area. The airport accommodates several hundred aircraft each month, from “crop dusters” to corporate jets.

The Quad City International Airport at just 30 minutes away, is served by five airlines providing cost-competitive as well as “stress-free” passenger service to eight non-stop hubs. The airport has a 10,000 ft. runway that can accommodate international cargo. There are three cargo facilities for every available ramp and expansion capabilities. A number of air freight companies are located at the airport including Federal Express, BAX Global and Emery Worldwide. A Foreign Trade Zone and U.S. Customs Office are located at the airport enabling international inbound and outbound shipments.

The Dubuque Regional Airport is less than an hour away area, with daily flights to Chicago O’Hare International Airport.